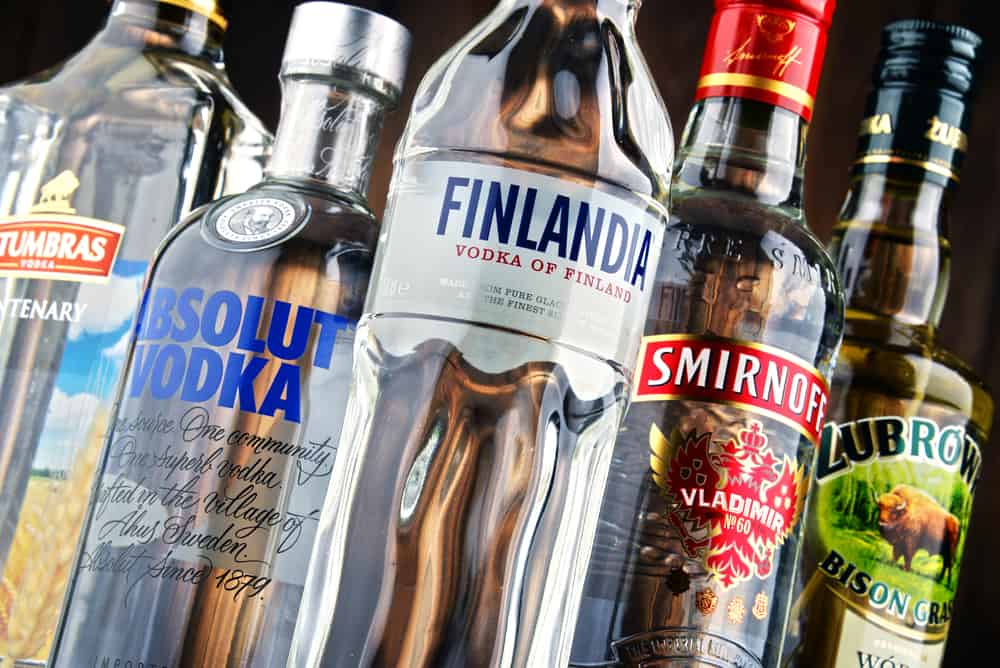 While you may assume that all vodka has the same ingredients, there are numerous ways to make vodka. Traditionally, vodkas use grains, including wheat, barley, and rye; however, more vodkas are now made from alternative ingredients than ever before.

For those who avoid grain-based vodkas, you can now choose options made from distilled corn, potatoes, grapes, and more! In other words, if you want to try a non-grain vodka, you now have plenty of options!

To help you find a vodka that fits your unique flavor preferences, dietary requirements, and even budget, we will highlight the best non-grain vodka options on the market today. We will also explain whether or not all types of vodka are considered to be gluten-free.

Tito’s is quickly becoming a fan favorite distilled spirit, as its simple yet unique label and clean flavor help it stand out amongst other budget-friendly vodkas.

As you would expect, Tito’s is also considered a non-grain vodka, as it is made from distilled yellow corn. Tito’s is distilled in traditional copper pot stills, which explains the brand’s copper color scheme. It is also why Tito’s claims its corn vodka has such a uniquely smooth finish.

Tito’s is so committed to quality that they sample every batch in-house before bottling. If a batch of this gluten-free vodka is not up to their high standards, it will not make it to store shelves.

Tito’s is also highly accessible, as most liquor stores across the country now carry this Texas-based company’s award-winning vodka. Best of all, Tito’s is very affordable, so you can easily add a bottle to your home bar to try in cocktails, mixed drinks, or enjoy on its own.

For more information about Tito’s Vodka, consider reading the brand’s story on the Official Tito’s Website.

Luksusowa originates from Poland, a country with a deep love of vodka. It also happens to be a 100% potato-based spirit, meaning it is considered a grain-free vodka.

The potato vodka brand has been around since 1928 and is one of Poland’s most exported vodka brands, so it is easy to find in most liquor stores. The name Luksusowa translates to “luxurious” in English, so it should be no surprise that it is made to an impressive standard. It is also sold in a uniquely squared bottle, which looks great displayed on any home bar.

In terms of its appearance and flavor profile, Luksusowa Vodka is completely clear and has a clean finish. With that said, experienced vodka drinkers can detect earthy aromas and slight herbal notes. This makes it a delicious base for various vodka-based cocktails, including martinis, Moscow Mules, and Cosmopolitans.

While the name may translate to “luxurious,” Luksusowa Vodka will not break the bank, so it is well worth trying.

Smirnoff manufactures the world’s best-selling vodka, making it easy to find. You would be hard-pressed to find a liquor store that does not carry Smirnoff.

While some flavored vodka contains grains and sugars, their iconic Smirnoff No. 21 Vodka is made from non-GMO corn, so it is considered to be a 100% grain-free vodka.

While some vodka aficionados might turn their nose up to Smirnoff Vodka, there is a reason the brand has grown to become so dominant. It is affordable, smooth, and incredibly versatile. The brand’s No. 21 Classic Vodka is triple distilled and filtered ten times, so it has a relatively dry finish but is also incredibly smooth.

For the low price and unrivaled accessibility, you might as well give Smirnoff No. 21 Classic Vodka a try if you are looking for a grain-free vodka to add to your next Bloody Mary or drink on its own.

Crystal Head Vodka is easily the most unique type of vodka on our list, but it is also quickly growing in popularity and, as you would expect, is also considered a grain-free vodka.

While the eye-catching, skull-shaped bottle is the first thing you will notice when you look into Crystal Head Vodka, it is far from its only unique feature. Crystal Head Vodka is manufactured in Newfoundland, Canada, and it is made from organically grown peaches, corn, and Newfoundland spring water.

This unique ingredient combination gives the distilled alcohol a slight hint of citrus flavor and a subtly creamy texture. With that said, it is also incredibly smooth and clean, thanks to the fact that it is filtered seven times through Herkimer diamond filters, which gives the vodka its name.

The brand was founded by actor Dan Aykroyd and artist John Alexander, so beyond its unique packaging, delicious flavor, and crisp finish, Crystal Head Vodka also has star power. It is well worth trying, and a bottle serves as a great conversation starter on any home bar.

Cîroc is another grain-free vodka, as it is made from distilled grapes. It is made in France, and the brand claims the vodka was inspired by hundreds of years of French wine-making expertise.

It has a truly distinct and fruity flavor. The brand is growing in popularity, partially due to its close association with hip-hop artist Jay-Z.

While Cîroc is fairly expensive, as it is marketed as a premium product, it is worth trying if you are looking for a uniquely flavored, grain-free vodka. In addition to their plain vodka, Cîroc offers a variety of flavored vodkas that are also grain-free, so they comply with any celiac or gluten-free diet.

To learn more about this unique vodka, check out The Cîroc Story.

Is All Vodka Gluten-Free?

If you are searching for a grain-free vodka, there is a good chance you are looking to avoid gluten, either due to an allergy or simply a dietary preference.

The good news is that almost every type of vodka is considered gluten-free, as the distillation process removes all types of protein, including gluten. The National Celiac Association considers all types of distilled spirit options, including vodka, to be gluten-free.

This means even grain-based vodkas are compatible with a gluten-free diet! However, if you have a severe gluten sensitivity, any of the grain-free vodkas discussed above might be better suited to your diet.

If you want to try any of the grain-free vodkas we discussed above, we recommend using our Liquor Store Finder, which will help you locate the liquor store closest to you. 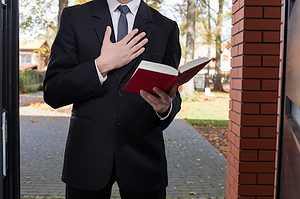 Jehovah’s Witnesses hold many traditional Christian views, but they also have unique beliefs.  From the holidays they choose to celebrate to their views on blood