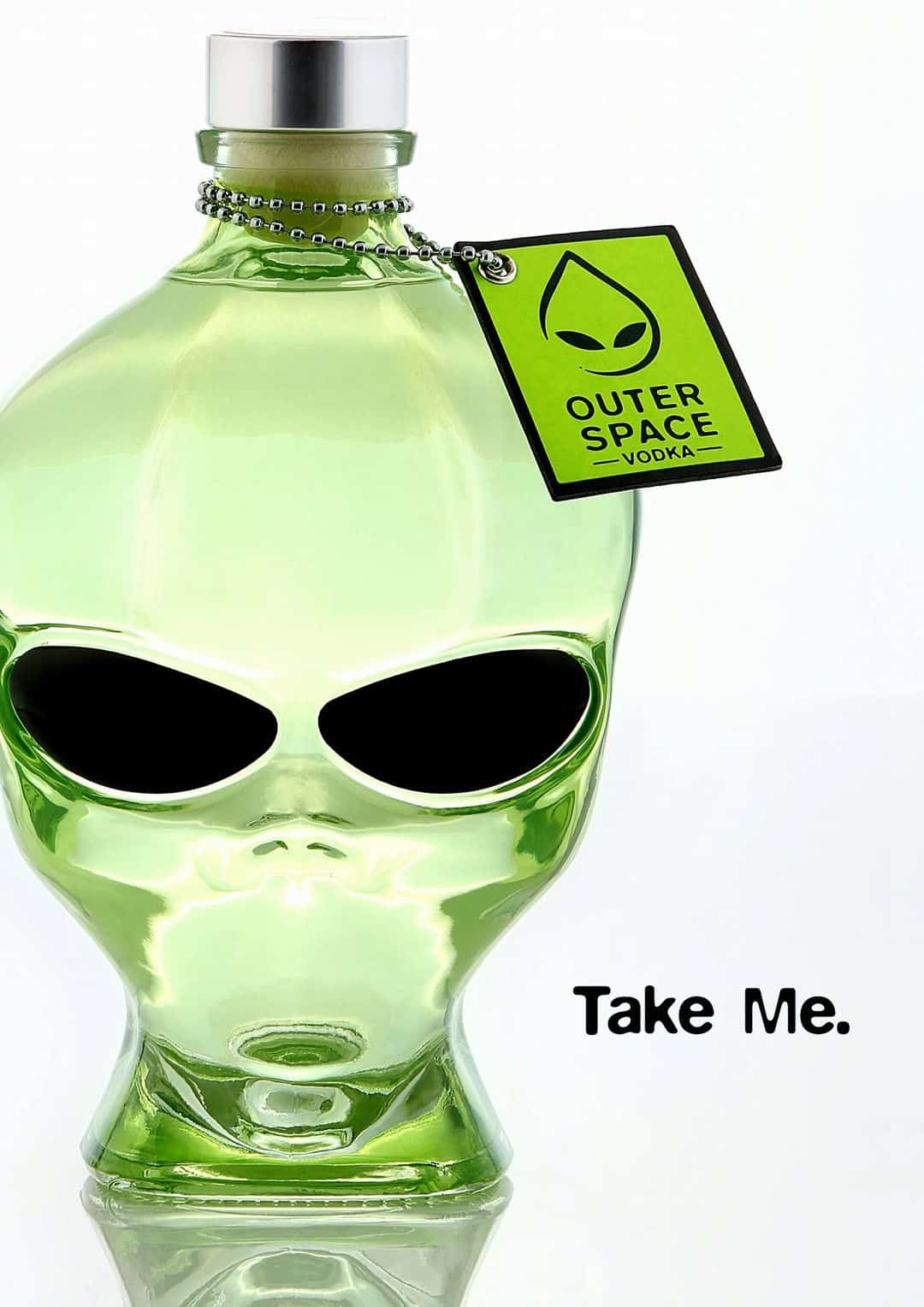 Vodka can be said to be one of the most versatile liquors out there, and with that in mind, Outer Space vodka isn’t just another pretty face in the crowd. Distilled from corn, this vodka is gluten free and amazingly refreshing when served ice cold. This certainly isn’t the first premium vodka to take on a novelty appearance, so what exactly does Outer Space vodka taste like?

Outer Space vodka has a light lime green color with bright, transparent colors. On the nose, it has a mild mineral aroma.There is a smooth, clean taste to it, which likely comes from its being made with corn which is gluten free. The vodka comes in a refreshing ice cold version as well.

In this guide, we will explore all there is to know about this cool vodka. Read on to find out more about its taste, appearance, and what makes it stand out.

With an ultra smooth and clean taste, outer space vodka is crafted from lowan corn and is one of the best vodkas for cocktails. You can enjoy it over ice or use it as the base for your favorite cocktail. Gatherings and parties are sure to be more fun with the distinctive glass bottle shaped like a green alien head, which is one of the primary selling points thanks to its unique design pattern.

What Proof Is Outer Space Vodka?

Outer Space vodka comes in a 750 milliliter bottle and is rated as 80 proof.

Outer Space Vodka was launched in 2015 and expanded to 30 states by the end of the year and in the UK and Australia in 2016, according to Jim Denoon, co-founder and co-owner of the company.

Jim is a talented engineer with a lot of experience in the design and development of glass packaging. He created the concept and was the creative director in its creation from both a 3D modeling and branding perspective. The glass bottles are made in China. The glass is tinted green and the eyes are made from black tooled aluminum plates that are fixed into the eye-sockets.

This trendy vodka is vodka that has been filtered through meteorites five times and then comes in a glass alien head bottle. Instead of using gluten-heavy grains, it is instead made with corn which helps to give the beverage its distinctive flavor..

Outer Space Vodka launched in 2015, making it a relatively new option in the niche alcohol market. It is being offered in bottles that range from 50ml to 750ml in size.

The price depends on bottle size — the 50ml option will only run you $5.99 USD, while the 750ml bottle is a heftier $29.99 USD. Alcohol in some way hailing from or involving space has become a growing trend, and in recent years, many distilleries have announced plans to produce whisky in space.

How Strong Is Outer Space Vodka?

This small vodka brand continues to make waves with its gimmick,  which is no easy feat in a market that’s already flooded with celebrity skulls, tommy guns, and every flavor you could possibly imagine. But beyond packaging and a very memorable name, Outer Space Vodka takes their product theme a step further, filtering their alcohol through actual meteorites to really put the taste of space in your glass.

It does sound almost too unbelievable to be true, but the question then becomes, does space really belong in a drink? Or should it remain a destination to be reached only after alcoholic consumption?

Upon sampling Outer Space Vodka a few years ago, the first thing I noticed when I opened the small bottle was the smell. On the nose, it definitely has a slight tang to it, which already sets it apart from most standard, non-flavored vodkas which just smell like straight ethanol. This could be because it’s an 80 proof vodka in a tiny bottle, but I’d rather chalk it up to the space rock filtering.

Pouring it into the glass gave me another unexpected surprise – the vodka itself is clear! I don’t know why I got this into my head, but from looking at the bottle, I had thought that the vodka was tinted green and the glass was clear. It seems silly now, but I’m glad that my little alien will retain its skin color after I finish drinking its head fluids.

Tasting the vodka is an experience even Neil Armstrong would find strange. The first sip reveals an odd mineral taste; it’s reminiscent of licking an empty spoon, the tang of metal just coming through, noticeable but not overbearing.

The taste remained on second and third sips, so it’s definitely part of the spirit, and funnily enough, it can be said that this is the power of the meteorite being revealed. Besides that, the vodka is fairly regular for a high-proof alcohol, the metallic surprise neither expanding or negating the typical vodka burn. On the whole, I didn’t feel closer to space with Outer Space Vodka in my mouth, but I wouldn’t turn it away on a Friday night drink-fest.

I decided to try mixing it with something, but the only thing I had in the house was a bottle of Clear Choice kiwi strawberry seltzer, which was likely a bit too sweet to mix with the standout metal flavor. Still, it was enjoyable enough to drink. If I buy it again in the future, which seems likely since the bottle is just too much fun to show off, I’d probably try making a vodka martini with it, or something more on the savory side of alcohol.