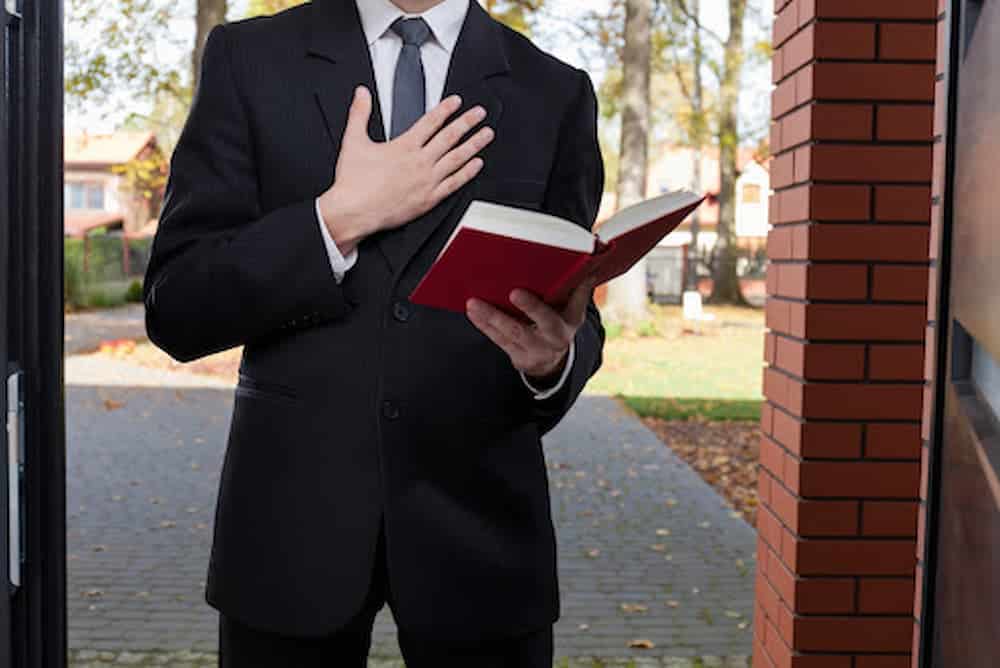 Jehovah’s Witnesses hold many traditional Christian views, but they also have unique beliefs.

From the holidays they choose to celebrate to their views on blood transfusion, there’s a lot that separates this religion from other Christian faiths around the world, which begs the question: can Jehovah’s Witnesses drink beer or alcohol?

This article will explain the different beliefs that Jehovah’s Witnesses have, including what their scripture says about alcohol consumption.

What Is a Jehovah’s Witness?

Jehovah’s Witness is a Christian religion. However, it isn’t a very old religion, as church history only goes back to the 1870s in Pittsburgh, Pennsylvania.

The Jehovah’s Witness faith has a relatively small following compared to other religions, with about 1.3 million members in the United States and over 8 million members worldwide. That said, they still have a significant presence in the U.S.

One of the most well-known Jehovah’s Witness members was the superstar Prince, who converted later in his life. In contrast, Michael Jackson was raised as a Jehovah’s Witness but disassociated himself from the religion in adulthood.

Jehovah’s Witnesses carry beliefs distinct from traditional Christianity despite being a Christian denomination. Let’s explore what they are.

Jehovah’s Witness religion derived from a few disputed beliefs of mainstream Christianity and the belief that a new interpretation of the Bible was necessary. Today, Jehovah’s Witnesses carry many beliefs that other Christian religions do not.

The most well-known practice of Jehovah’s Witness members is that they do not celebrate Christmas, as they believe the holiday has pagan origins. The same goes for Easter.

Jehovah’s Witnesses don’t celebrate holidays that honor people other than Jesus Christ, such as Halloween, Valentine’s Day, and even their own birthdays.

Jehovah’s Witnesses also have strict and unique views on blood. They believe it is against God’s will to receive blood and, therefore, typically refuse blood transfusions, even if it is a matter of life or death. If they willingly accept blood transfusions, they risk expulsion from the faith.

Finally, Jehovah’s Witnesses are known for going door-to-door and spreading their faith – evangelism. You’ve most likely had a pair of Jehovah’s Witnesses knock on your door, ready to spread the Word of God. They believe this method is the one Jesus gave the Church to make disciples.

You might be wondering whether Jehovah’s Witnesses can drink beer or alcohol. Let’s find out.

This question is common. After all, there are a variety of restrictions in the religion, so it would be unsurprising to many if the prohibition of alcohol were one of them.

However, the answer is yes; according to scripture, Jehovah’s Witnesses can drink beer and alcohol. This religion’s only dietary restriction is to avoid foods containing blood. Other than that, what a member consumes is a personal matter.

What’s more, scripture forbids overindulgence in anything. So even those who drink alcoholic beverages avoid drunkenness or intoxication, as scripture frowns upon this. Alcoholics, for example, may be disfellowshipped and shunned by the community. Therefore, drinking in moderation is a crucial practice of Jehovah’s Witnesses.

The Verdict: Can Jehovah’s Witnesses Drink Beer or Alcohol?

To conclude, if you want to grab a beer with your Jehovah’s Witness friend, chances are that they won’t object. However, to respect their faith, remember drinking alcohol is OK, but Jehovah’s Witnesses only drink in moderation.

Moreover, since they don’t celebrate birthdays, don’t be insulted if your Jehovah’s Witness friend doesn’t come out for a celebratory alcoholic drink on your big day. They probably love you all the same.

PrevPreviousWhat Is Mead? Not Just For Vikings & Hobbits
NextBest Non-Grain Vodka to Try: Gluten-Free? No Problem!Next