Is Heineken A Good Beer? Let’s Talk About It 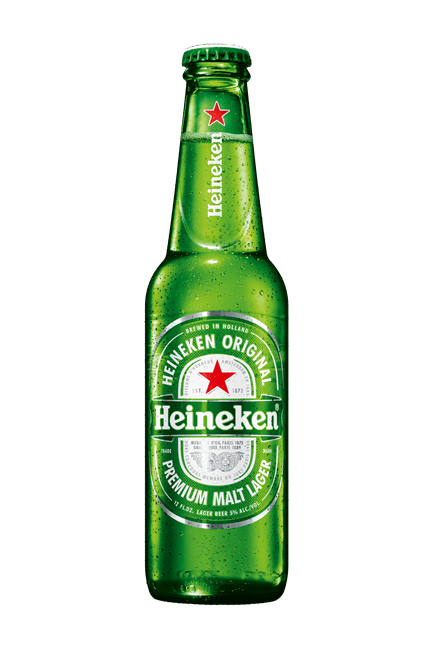 Heineken has been brewed for more than 150 years, and it shows: The Netherlands-based brand now produces a portfolio of more than 300 beers and ciders around the globe. Today, Heineken is the world’s second-largest brewer. But is Heineken a good beer?

Whether Heineken meets the definition of a good beer depends on how you define a good beer, but it is one of the better ones that’s widely produced. However, it is fairly sensitive to light exposure, and the iconic green bottles are frankly insufficient protection unless the retailer did a good job storing it.

In this guide, we will explore everything there is to know about Heineken beer. We will take a look at its history, how it is brewed, and what to expect from its taste overall. Read on to find out more.

Heineken was founded in 1864 by Gerard Adriaan Heineken, who purchased and renamed Amsterdam’s De Hooiberg brewery, in operation since 1592. It moved production from Amsterdam to Zoeterwoude, in South Holland, in 1975.

As such, Heineken is Dutch — and its subsidiaries are Mexican, Jamaican, Haitian, Italian, English, Irish, Belgian, American, and, as of recently, Ecuadorian.

It brews lagers, ales, and cider

In May 2019, it acquired a majority stake in Biela y Bebidas del Ecuador S.A. Bielesa, producer of Biela Ecuador.

In addition, the company produces non- and low-alcohol beer brands Buckler and Sagres. It also acquired a handful of craft breweries in recent years, including Lagunitas in the U.S., Beavertown and Brixton Brewery in the U.K.; Belize Brewing Co.; and Oedipus Brewery in Amsterdam, purchased in June 2019. It makes tequila-flavored beer.

In 2012, Heineken acquired Desperados, a tequila-flavored beer that targets EDM-loving drinkers. Although its production method yields trace amounts of tequila, the brand is technically classified as a malt beverage. It’s available in a variety of flavors, including Original, Lime, Ginger, and “Nocturno.”

The company created its first export label in 1864, expanded production to other continents in 1914, entered Asian markets in 1929, and began targeting international audiences in its marketing and advertising in 1928. It made its first international acquisition, of Austria-based Brau-Beteiligungs A.G., in 2003. Its beer is now available in nearly 200 countries.

If green bottles are wrong, Heineken doesn’t want to be right

Although skeptics will quickly point out Heineken’s green glass bottle is bad for beer — anything less than clear puts beer at risk of oxidation, which can lead to that “skunked” flavor many Heiny purchasers have tasted — the iconic green bottle has been in use since 1884 and doesn’t seem to be going anywhere.

Heineken USA was founded in 1946, but it first earned a place in American beer history in 1933. That year, it became the first beer import to re-enter the U.S. market after Prohibition.

Heineken looks good and does good

From sportswear to streetwear, Heineken partners with retail brands to create limited-edition, co-branded products. In 2018, for its nine-year-running #Heineken100 campaign, the beer brand partnered with Italian sportswear brand Kappa’s U.S. division for a six-piece capsule collection that included a tracksuit and jersey set.

In 2017, it partnered with A Bathing Ape.The company is about more than just good looks, though. Through its soccer initiatives, Heineken has activated more than 2,000 recycling and safe driving initiatives at stadiums nationwide.

And its “Brewing a Better World” campaign, launched in 2010, actively pursues partner initiatives to keep sustainability top of mind, including partnerships with +Pool, The Recycling Partnership, Uber, Lyft, Hispanic Federation, and Vital Voices.

Heineken has been a sponsor of the UEFA Champions League since 1994, and became the official beer of Major League Soccer (MLS) in 2014. In June 2019, it announced a five-year renewal of its partnership agreement with MLS. It’s easy to see why: The brand has sold 1 million pints of beer at MLS games since 2014, according to a press release.

In 2019, the company launched a non-alcoholic label, Heineken 0.0. Its U.S. launch campaign, titled “Now You Can,” includes advertisements targeting health-conscious consumers. One ad in the NYC subway reads, “Beer after hot yoga? #NowYouCan.”

We’d argue you could anyway — not to mention the ad misses out on an easy pun (it features a Heineken bottle, rather than a can) — but we like our beer with ABV, anyway!

No, Heineken is not gluten-free. It has gluten as a byproduct of the grains used to brew it. Per the brand’s site, Heineken is brewed with barley leaves which results in lower gluten content than that of wheat-based beers.

Let’s take a closer look at the production process for this beer.

Heineken has a perfectly balanced taste with refreshing fruity notes and soft malty body. In terms of its non-alcoholic forms, removing alcohol from Heineken lager beer would have been easy, but it wouldn’t deliver a great tasting alcohol-free malt beverage.

The company wanted to push the boundaries, so they gave their Master Brewers a blank sheet of paper and challenged them to brew a perfectly balanced alcohol-free malt beverage from scratch, made with top ingredients and a special process to protect the flavor.

You have to admire this company. The branding is top-notch: with clever advertising they try to convince you it has superior taste and high quality. And for some reason it works. The beer is omnipresent, whether it is Spain, Brazil, Haiti, Burundi, Mongolia, or East-Timor, merely everywhere you can order a Heineken.

Its taste is flat at best, but the biggest problem is actually their main branding characteristic. Their typical green bottle doesn’t block the UV light as efficiently as brown bottles.

Hop is, however, light-sensitive. The hop flavor molecules can form free radicals that can react with sulfur containing proteins like cysteine to form a chemical that is called 3-methylbut-2-ene-1-thiol. Humans can detect this chemical in tiny amounts and its taste is often described as ‘skunky’ or ‘catty’.

So it basically depends on how you feel about malt lager, which will determine whether or not you classify Heineken as a good beer.