What Is Mead? Not Just For Vikings & Hobbits 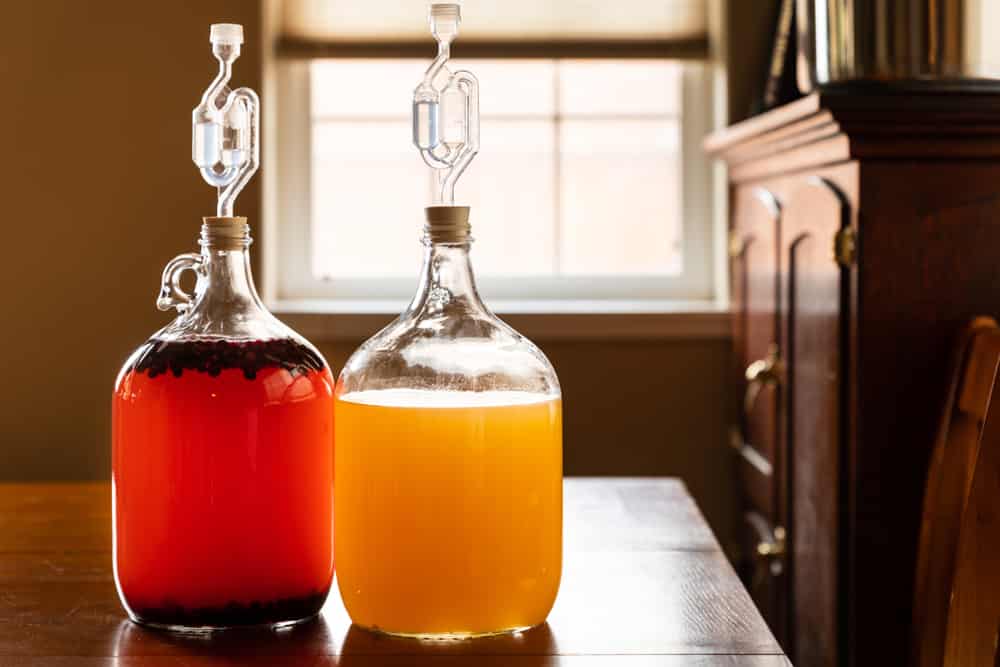 Mead may be the world’s oldest alcoholic beverage. It has been fermented and consumed for thousands of years across various regions. While mead is commonly associated with ancient cultures, there has been a recent resurgence in popularity for this surprisingly delicious alcoholic drink.

If you want to know more about traditional mead, we are here to help! Throughout this straightforward guide, we will discuss everything from what mead is made from to what mead tastes like.

So, let’s get started!

So, What Is Mead?

Mead, also known as honey wine, is an alcoholic beverage made by fermenting honey. As mentioned above, it is an incredibly old drink. In fact, there is concrete evidence that mead was consumed over 4,000 years ago, which makes it one of the world’s oldest alcoholic drinks!

While many assume mead is simply a type of wine, which is why many refer to it as honey wine or mead wine, mead is a distinct category of alcohol. That said, the process for making mead is similar to beer and wine, so you can understand where the confusion lies.

Many people also assume mead is a type of liquor, which is why you will sometimes hear people call it mead liquor. However, this is a misconception, and mead is not categorized as a liquor or a type of liqueur.

In simple terms, mead is a distinct type of alcoholic drink that results from the fermentation of honey, water, and yeast.

The word “mead” can be traced back to Old English, deriving from the word mede, which was the Old English word for meadow. Given that the primary ingredient is honey, it makes sense that it would take its name from a setting that is so often associated with bees.

Given that mead is its own unique type of alcoholic beverage, many people wonder what it tastes like. Many assume that because it is made from fermented honey, it will simply taste and smell like a glass of honey, but it has more complex flavors. In fact, real mead does not smell like honey at all.

Typically, mead tastes like sweet, earthy wine. It tends to have a thicker texture, which many compare to sherry or Port. While it does not taste exactly like honey, it has hints of honey. Many can detect more floral flavors and scents rather than pure honey.

Mead is also relatively dry, another reason many compare it to a sweeter version of dry white wine.

Do All Types of Mead Taste the Same?

As you get with other types of alcohol, there is a variation from one kind of mead to the next. Where the mead was made, what type of honey was used, and whether or not the mead maker added any fruits, spices, or other ingredients would significantly impact the taste and aroma of the finished mead.

Think of mead like beer. From the surface level, a glass of New England IPA may seem similar to a glass of European Pilsner, but the two types of beer will taste very different. While both are undoubtedly beers, they have unique flavors, colors, and aromas based on how they are brewed.

Like beer and wine, mead can vary in strength depending on how it is made. With that said, most real meads will sit around 6% to 9% ABV (Alcohol by Volume). With that said, it is possible to find meads that are as strong as 20% ABV.

How Is Mead Made?

First, it is crucial to distinguish real mead and imitation mead when discussing how it is made. Some manufacturers looking to capitalize on the recent surge in demand for mead will simply flavor a cider or wine with honey and label it mead, but these are not true meads.

To be real mead, the brew must be made by combining honey with water, then fermenting just those base ingredients with or without added yeast. Mead brewers can choose to add other natural flavors and additives after the fermentation process has begun, but the brewer can only add these to slightly alter the taste or aroma of the mead rather than completely change the composition of the drink.

What Is the History of Mead?

As mentioned, there is evidence that mead is amongst the world’s oldest alcoholic beverages. More than likely, this is because mead has such a simple ingredient list. Since honey is so loaded with natural sugars, fermentation occurs rapidly and without much effort on behalf of the brewer, especially compared to other types of alcohol.

Mead is believed to have originated in Africa. More specifically, it may have been intentionally made and consumed by hunter-gatherer tribes in Western Africa 20,000 years ago. However, these claims are difficult to prove.

We know that mead was drunk by many European civilizations, as we have written evidence that this ancient drink was consumed throughout Europe thousands of years ago.

Mead is often associated with the Vikings and the Anglo-Saxon groups that inhabited England during the Early Middle Ages.

Why Did Mead Fall Out of Favor & Why the Surge in Popularity?

Given its prominence in the ancient world, you may wonder why mead became so unusual. After all, beer and wine were consumed for thousands of years and are still enjoyed everywhere.

The answer is quite simple: beekeeping became significantly less common as the world became more urbanized. Also, honey is expensive, so making beer and wine is much more profitable.

In recent years, there has been a growth in demand for mead, partially due to the popularity of television shows that depict the ancient world and fantasy worlds based on the Middle Ages, like Game of Thrones. Mead is now regularly featured in television shows, movies, video games, and even books, which has spiked the interest in this ancient beverage.

Other Names for Mead

If you are interested in trying mead, familiarize yourself with some of the other names it goes by. The first is Honey Wine, which is self-explanatory, as mead tastes like sweet white wine but is made with honey rather than grapes.

This explains another common name for mead: Honey Mead. Again, this is self-explanatory. Less common, but still a name you will hear from time to time is Fermented Honey. Given that mead is, essentially, just fermented honey, you can see why this name for mead exists.

Perhaps the most exciting name you will hear for mead is Bee Nectar Mead, which is more than just an interchangeable name for mead. As the name implies, the mead is made from fermenting bee nectar rather than honey.

Bee nectar is the sugary liquid produced by plants that bees collect to make honey, so there is a slight difference between a classic mead and one derived from fermented bee nectar.

While the number of dedicated mead brewers grows daily, and a growing number of beer breweries and cideries are beginning to offer mead, the following are some of the most popular options in the United States.

They are a great place to start if you want to try mead for the first time.

Resurgence Brewing Company is primarily known for offering innovative, high-quality craft beer in Buffalo, New York, but they have recently begun brewing real mead. You can either purchase canned mead or visit one of the tap rooms, where mead is offered by the glass.

As you may have guessed, Swedish Hill Winery’s specialty is wine; however, they also offer a unique and refreshing mead. They are a family-owned vineyard located in Romulus, New York.

Should You Try Mead?

Absolutely! If you are looking for a new type of alcohol to try, or you simply want to purchase something to impress your guests, why not try mead? It is a flavorful and enjoyable alcoholic beverage that can be a real conversation starter, especially if you familiarize yourself with its long-lasting history.

Search for Mead Near You

If you want to locate a retailer that carries great mead, we recommend using our Liquor Store Locator. While it is true that only some liquor stores will have mead, you can always call ahead and ask, as it is becoming an increasingly popular beverage!