How Big Is a Keg of Beer? 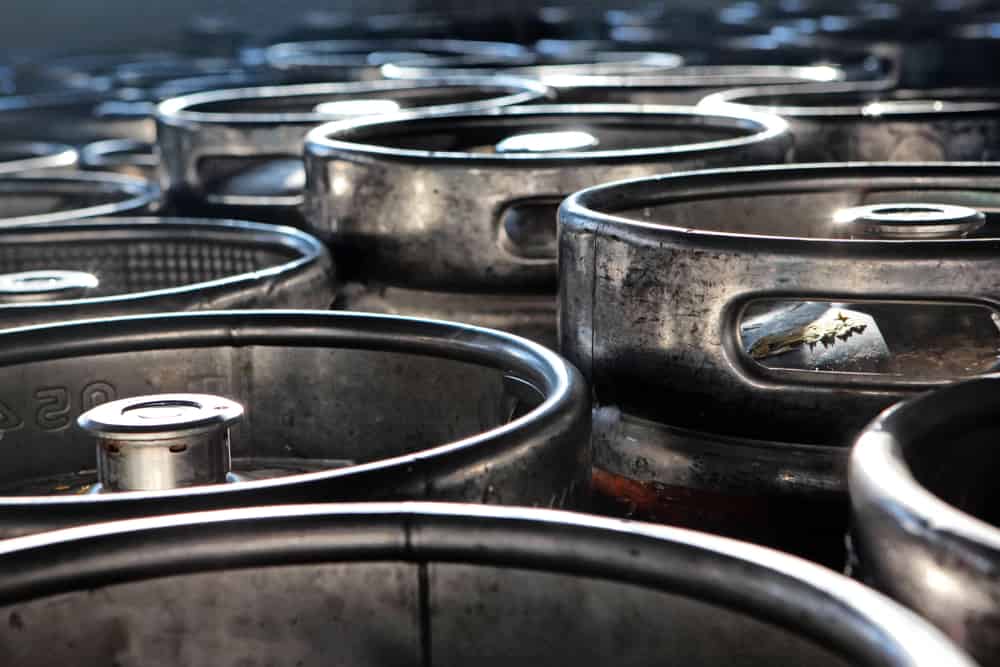 Whether you are planning on hosting an event and want to purchase a keg or two for you and your guests, are installing a kegerator in your home, or are simply curious, knowing how big a keg of beer is helps you prepare to host epic events.

While it may be a relatively straightforward question, beer kegs are available in various sizes and dimensions. This is why we have provided this comprehensive guide. If you have ever wondered how big a keg of beer is, you have come to the right place!

What Are the Different Beer Keg Sizes and Types?

Since beer kegs vary in size, the easiest way to explain how big they are is to go over each type of beer keg one at a time.

Not only will this help answer the question “how big is a keg of beer,” it will help you make an informed decision about what type of keg you should purchase or rent if you want to enjoy the refreshing flavor of draft beer in your own home.

While they are usually a bit too small to be useful in bars and restaurants with high traffic, they are quite popular with homebrewers and those who want to purchase a keg for personal use.

Beyond their convenient size and dimensions, Cornelius Kegs are popular because they are easy to fill, clean, and use.

Corny Keg: Corny Keg is an informal, short-hand name for a Cornelius Keg, and microbrewers and homebrewers often use it. Some people also refer to Cornelius Kegs as Homebrew Kegs, or Soda Kegs, as they are used outside the beer industry to transport soda and other carbonated beverages.

A Pony Keg, also known as a Quarter Barrel Keg or Stubby Quarter, looks like a short version of a standard party-style keg. They are ideal for small parties, as their short height makes them easier to chill with ice.

While they may look similar and hold almost the same amount of beer, the main difference is how they connect to a tap. Where a Cornelius Keg uses a ball-lock connector, a Sixth Barrel Keg attaches with a traditional keg valve, so you will need a keg coupler to dispense beer from it.

One of the key advantages of a Sixth Barrel Keg, and the main reason they are growing in popularity, is that they are very narrow. They take up far less floor space, which can be a major advantage in a tightly packed restaurant or bar.

Its large size makes it a top choice for transporting macro beers like Budweiser. If you have ever been to a college keg party, you have almost certainly filled a few plastic cups from a Half Barrel Keg. Aside from parties, they are also common in restaurants and bars.

A Slim Quarter Keg holds the same 7.75 gallons as a regular Quarter Barrel Keg/Pony Keg; however, they are much slimmer than their stubby equivalent. The slim dimensions make it a popular option for bars limited on floor space.

The slim design also works well if you have a dual-tap kegerator and are looking to refrigerate two types of beer simultaneously.

As the name suggests, the European Barrel, or 50 Litre Keg, is used by many European breweries. It is similar to the Half Barrel Keg, which acts as its North American equivalent.

You may see a European Barrel in North America at a bar with imported European beers on tap, such as Heineken, Stella Artois, or Newcastle Brown Ale.

How Many Pints in a Barrel of Beer?

Within the beer industry, Beer Barrel, or BBL for short, is a measurement of beer volume. It does not refer to a wooden barrel but a way to measure larger quantities of beer.

How Many Ounces in a Barrel of Beer?

At 31 gallons, a Beer Barrel contains 3,968 ounces of beer. You can see why larger breweries need a larger unit of measurement for their beer than a gallon!

What Are US Gallons?

A Standard Keg refers to any keg that holds 15.5 US gallons.

Import Keg is a blanket term used to describe a European Barrel Keg, which holds 11 Imperial gallons, the equivalent of approximately 105 pints (16 oz) of beer.

A home kegerator is a useful appliance for storing keg beer at home. They serve two functions: keeping the beer keg cold and dispensing it properly from the keg.

Using a home kegerator will keep your kegs at the perfect serving temperature, which also helps prevent premature spoiling of the beer. Dispensing the beer properly also prevents unnecessary spilling and ensures that the beer is not overly foamy.

Home brewers are those that brew their own beer and other alcoholic beverages on a small scale for personal, non-commercial purposes. Home brewing is becoming more popular than ever, linked to the microbrewery movement’s rising popularity.

Homebrewing is a fun hobby, and many people enjoy making beer that caters to their personal preferences and tastes.

A Sanke keg is a type of keg with a single valve on the top that allows beer and gas to pass through them. They are available in a variety of sizes and volumes. The basic valve style means you need a coupler and a keg tap.

A pin lock keg has separate posts for beer and gas. The pin locks that give these types of kegs their name allow you to disconnect the keg from the lock on the keg quickly.

Beer balls were rigid plastic containers holding five gallons of draft beer, equivalent to nearly 50 cans of beer (12 oz). While they were popular between the late 1970s and the mid-1990s, they are no longer available.

Pressurized carbon dioxide is used to mix with the beer inside a keg and force it upwards into the beer line so you can pour it into a glass. The carbon dioxide also helps with the carbonation process, which is why many people believe draft beer tastes much better than beer stored in a bottle or can.

When a keg is empty, meaning it no longer has any beer left, you can exchange it to be cleaned and refilled. If you own your own keg, you can clean it yourself using a specialized nozzle. Once it is cleaned properly, you can refill it with fresh beer.

How Many Beers in a Keg?

As you can tell from the various sizes and styles of kegs, there is no simple answer to the question, “how many beers are in a keg?”

We recommend reading the Keg Works Guide to Beer Keg Sizes and Dimensions for more information about different types of kegs and how much they hold.

BrewTogether.com also offers an informative guide – The Ultimate Guide to Beer Keg Sizes, Dimensions, Weights, and Number of Beers in Each Type.

If you want to purchase a pre-filled keg of your own, we recommend using our Liquor Store Locator, which will find a retailer near you.

PrevPreviousWhat Is IPA Beer? Be in the Know!
NextGoldslick Vodka – Is it Real?Next