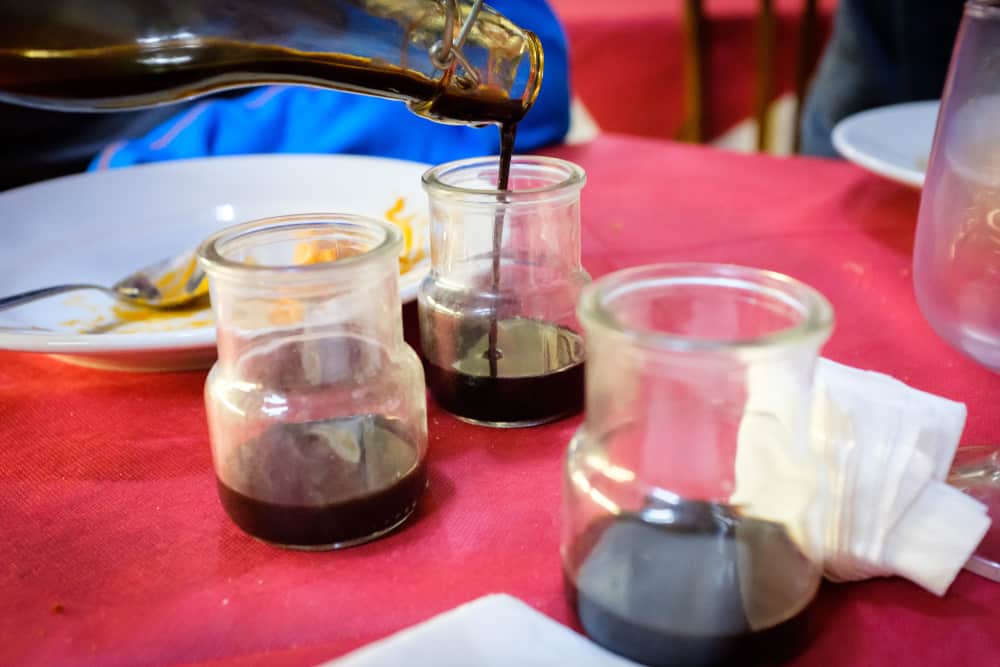 If you are curious about black licorice alcohol, you have come to the right place!

While it is possible to purchase liquor that tastes like black licorice, the truth is most of the black licorice alcohol you will find is actually classed as a liqueur, rather than a type of liquor.

As you will learn, more liqueurs contain the ingredient that gives a beverage that black licorice-like flavor, but that does not mean there are no liquor varieties that taste like black licorice. Perhaps the most iconic of all is absinthe.

Absinthe is a liquor that originates from Switzerland. It is known for its extremely high alcohol content, ranging from 45% to 90% ABV, with most standing at about 70% ABV. It is also known for its black licorice taste, bright green color, and rumored ability to make drinkers experience mild hallucinations.

Absinthe is easily amongst the most mysterious types of alcohol in the world, partially due to its rumored psychoactive properties and its popularity with countless famous painters, writers, and poets. On top of all that, it has even been banned at various points in history, likely due to its high alcohol content rather than the rumored belief it contained hallucinogenic ingredients.

A bottle of absinthe can be a real treat for those that love the taste of black licorice, and it can be a real conversation piece on any home bar.

Are There Other Types of Liquor That Taste Like Black Licorice?

While it is possible to find types of liquor that taste like black licorice, they are pretty rare and niche. Some Eastern European nations distill their own liquors using the same ingredients that give absinthe its black licorice flavor. Still, they are pretty difficult to find outside of these regions, as they are typically homemade in a similar fashion to American moonshine.

If you are looking for that classic black licorice flavor, you would be far better off choosing black licorice-flavored liqueur than trying to track down a bottle of absinthe or find a rare bottle of licorice liquor while traveling.

Why Do Certain Types of Alcohol Taste Like Black Licorice?

Before we get into our list of liqueurs that taste like black licorice, it is helpful to explain what gives certain types of alcohol that black licorice flavor.

Anise, also known as aniseed, is a flowering plant cultivated around the world to be used as both an herb and a spice. It is best known for its licorice-like flavor. Anise is one of the primary ingredients in black licorice, so it only makes sense that liquors and liqueurs made with the anise plant seeds also have this flavor.

Anise has been cultivated since the times of the Ancient Egyptians, so it is no wonder that it made its way into various types of alcoholic beverages, especially in countries surrounding the Mediterranean.

There are certain types of alcohol that come from China and other nations throughout Southeast Asia that are flavored with star anise and fennel, so they, too, can have a slight black licorice flavor. However, these beverages do not taste as strongly as black licorice as those made with anise rather than anise star.

To make it easy for you to find black licorice-flavored liqueurs, here is a straightforward guide to well-known and widely available liqueurs that are flavored with anise:

Ouzo is a well-known Greek liqueur. It is clear or cloudy in color and usually sits at about 37.5% ABV, so it is fairly strong for a liqueur. It is very similar to Italian grappa, as it is also grape-based. However, it is flavored with anise, star anise, clove, and fennel, which is why this Greek staple has such a strong black licorice flavor.

Just like Scotch whisky must come from Scotland, ouzo must be made in Greece to be considered true ouzo.

Sambuca is often enjoyed at weddings and other celebratory occasions as a shot, but it is also used regularly as an ingredient in various cocktails and mixed drinks. While it is still reasonably strong at roughly 38% ABV, its high sugar content helps make it taste milder.

This French liqueur is made with anise, anise star, and licorice root, so it has a strong black licorice flavor. It is popular in French cafes and has a unique, cloudy, yellow color. It is often enjoyed as a digestif or mixed with ice water as a refreshing summer drink.

Jägermeister is a German digestif liqueur made from over 50 different herbs and botanicals. While there are other brands of German and Polish digestifs, the Jägermeister brand is the most famous. It also happens to have a signature black licorice flavor.

It has grown in popularity outside of Germany thanks to its presence in various mixed drinks and bar shooters. Most famously, a shot of Jägermeister is mixed with several ounces of an energy drink, like Red Bull.

Raki is a double-distilled liqueur from Turkey, but it is also made and enjoyed in Balkan countries like Albania, Montenegro, Serbia, and more. It tends to have a high alcohol concentration, with many varieties sitting around 45% ABV.

It is made from grapes and figs, then flavored with anise and various herbs. As you would expect, it has a strong black licorice flavor. It is often combined with chilled water, which gives it a white and cloudy appearance. This is the reason for its nickname aslan sutu, which translates to lion’s milk.

Which Cocktails Can You Make That Taste Like Black Licorice?

When it comes to making cocktails that have that robust black licorice flavor, you have countless options. The following are just some of the more popular options, but you can also get incredibly creative by picking up a bottle of absinthe or any of the black licorice liqueurs we mentioned above.

It is also worth noting that black licorice is a fairly divisive flavor. People either love it or hate it. If you are making drinks for guests, make sure you ask how they feel about the flavor before you make them their drink. You can also dilute the black licorice flavor by adding water, ice, simple syrup, or honey!

You can also visit our Liquor Store Finder Page to locate the closest liquor store to you. Except for absinthe, which can be somewhat challenging to find, most of the black licorice liqueurs we highlighted above should be available at your local liquor store!