13 Best Chasers for Vodka: Bottoms Up! 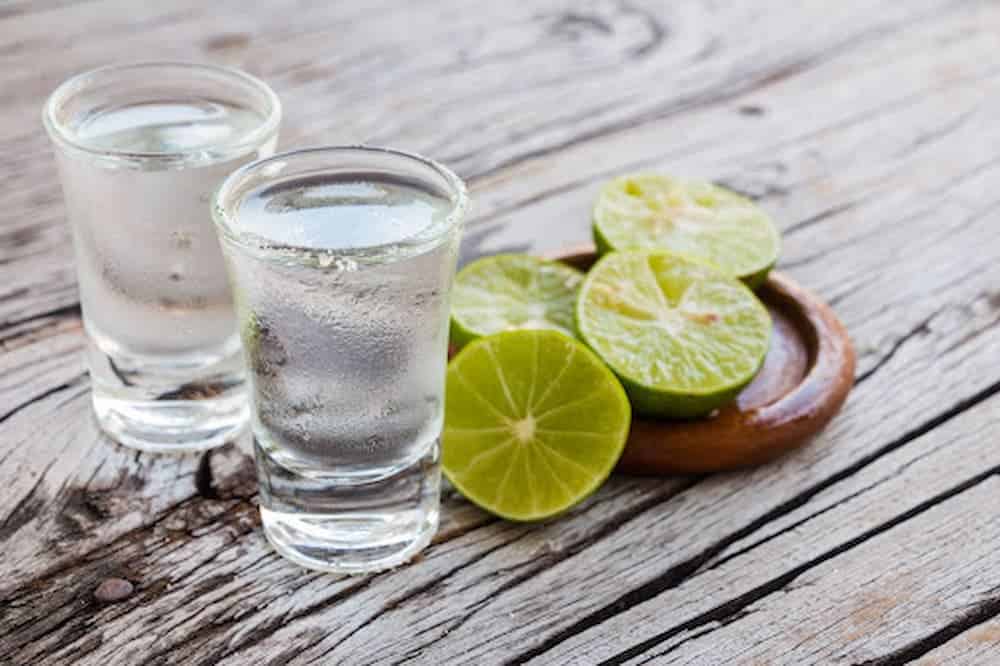 Good vodka leaves you with a burning sensation and a strong ethanol taste in your mouth and throat, which makes downing a chaser necessary to reduce these two effects.

Since unflavored vodka has a neutral taste, it goes well with many chasers and mixers, but you may not always have all options on the table at a party or home bar for chasing each vodka shot. This article explores the best chasers for vodka that you can find easily at home, parties, or the local bar.

There’s a reason 100% juices are excellent chasers for vodka shots: unflavored vodka marries well with many fruit juices, whether you take the juice as a chaser or mix it with the vodka beforehand.

Fruit juices make the perfect mixers for unflavored vodka to mask its lingering strong ethanol taste and the burning sensation felt after each shot of vodka.

When chasing vodka with fruit juices, you can choose from various juices like orange, pomegranate, pickle, and pineapple juice.

Orange juice goes well when mixed with vodka, a combination usually called the Screwdriver because people initially stirred the mixture with a screwdriver.

Freshly squeezed orange juice gives the best dash of vitamin C when added directly to vodka or used as a chaser. However, if the fresh version is unavailable, you can always use processed orange juice.

Pomegranate juice makes a good chaser for shots of vodka because of its sweet, tart flavor. It’s also rich in vitamins and antioxidants.

Dill pickle juice is an excellent chaser for vodka because of its flavor, but you can use whatever type of pickle juice you have available.

Pickle juice contains vinegar that wears down the vodka and removes the lingering taste of alcohol in your mouth.

Pineapple juice masks the ethanol taste of vodka with its sweet but tart (slightly sour or acidic) taste. It makes a good chaser for a refreshing summery feel.

If you are at a bar, ask for pineapple juice containing added sugar to mask the vodka better.

You can use homemade pineapple juice to enjoy a healthier drink combination, especially if you usually drink vodka at home.

We often underrate the suitability and effectiveness of water, yet it is one of the healthiest chasers for hard alcoholic beverages like vodka.

Plain water is characteristically the healthiest chaser you can use for vodka.

The advantage of using water is that it rehydrates your body while diluting the alcohol you have already consumed.

But water for chasing vodka isn’t without its downsides. Firstly, it can enhance some of the vodka flavors instead of masking them. This is common with fruity vodkas, whose flavors may become too overwhelming if chased with water.

Secondly, water doesn’t go well with cheap vodkas. You’ll want to ensure that the vodka you chase with water is high quality.

Since water is available in different forms, usually processed, you can choose to down your vodka with different waters such as plain, tonic, and carbonated water.

Tonic water is a good bet if you are looking for a low-calorie, sugar-free chaser for vodka. The carbonation in tonic water helps remove lingering ethanol tastes from the mouth.

Tonic water also has quinine, the malaria cure, to which it owes the bitter taste that helps disguise the burning sensation of vodka.

Sometimes, you may find sweet tonic water sweetened with syrup and sugars. But either type of tonic water will be suitable as a vodka chaser.

Soda water is often used as a canvas term for carbonated water, the bubbly drink formed after carbon dioxide gas is infused in water.

Some manufacturers may include sugar or natural fruit flavors in seltzer water, which makes it ideal for chasing vodka.

Sparkling water tastes bubbly and contains minerals like potassium, magnesium, and sodium. Pairing vodka with sparkling water as a chaser leaves you with a subtle salty and bitter taste similar to that of a chaser made of salt and lime juice.

Since vodka is a clear spirit, it goes well with clear sodas and energy drinks.

Carbonated soda beverages like 7Up and Mountain Dew make good chasers for vodka since they have a characteristic lemon fruit juice flavor that weighs down on the vodka shots.

If you use clear soda like Sprite to chase down your shots of vodka, it’s advisable to use ice cubes to keep your soda cold, as that’s when it best serves as a vodka chaser.

Many people also use Coca Cola to chase down vodka, but you might want to avoid using it because it’s too fizzy and may gas up your stomach.

Ginger ale is a soda type spiced with ginger flavor. It contains sugar, but not too much as to add excessive sweetness.

The carbonation in ginger ale helps tone down the alcoholic flavor of vodka, while the ginger helps calm your stomach to ease alcohol-induced nausea.

You could also use ginger beer, the main ingredient in making the famous Moscow Mule cocktail. Ginger beer usually has no alcohol, so you can trust that you will only get drunk on the vodka shots.

The only thing to look out for if you substitute ginger beer for ginger ale is that the former has a more bitter and less sweet taste.

You can use vodka and Dr. Pepper with other ingredients to make refreshing cocktails, with the added advantage of experimenting with Dr. Pepper’s vast range of flavored beverages.

Dr. Pepper is a carbonated beverage whose taste feels like a mash of ripe fruit, cherry, root beer, and vanilla. You can choose from different Dr. Pepper flavors like nutmeg, vanilla, amaretto, lemon, and raspberry.

As with other great vodka mixers, Dr. Pepper works well as a chaser for vodka. It helps dilute the lingering bitterness of vodka.

As a carbonated soft drink, root beer contains sugar that masks the taste vodka leaves in your mouth. It also has flavorings that reduce the flavor of alcohol.

You can use an energy drink like Red Bull to down your vodka with the added advantage of staying energized throughout your drinking time.

The caffeine in an energy drink also helps you sober up faster if you have too many shots of vodka.

Both unsweetened iced tea and sweetened or flavored iced teas are excellent vodka chasers and mixers. The unsweetened variety is ideal if you are on a diet and prefer a chaser with low calorie and sugar counts.

If you go with iced tea, take it chilled for a kick.

It’s not every day that you chase down good vodka with black tea, but it’s a good chaser when sweetened with honey and taken neither too cold nor too hot.

If you drink it when it’s too cold, the aromas and flavors of the tea reduce significantly. Taking it too hot might not be a good idea after a stinging shot of vodka.

You could also experiment with some freshly squeezed lemon juice added to the sweetened black tea to make an enhanced vodka-chasing concoction. Alternatively, you can run this experiment by garnishing the tea with a lemon wedge.

Care for some vodka? Chase it down with any of these chasers to mask the alcoholic taste and burning sensation the ever-angry vodka leaves in your mouth and throat.

PrevPreviousHow Much Does Rum Cost? Find Out and Stock Up
NextHard Mixed Drinks to Try at Home or a Local BarNext